In 2014, I was on the Board of Directors of the Society of Urologic Oncology (SUO) when Merck announced having shortages of Tice strain Bacillus Calmette Guerin (BCG), a critical “drug” for treating intermediate and particularly high risk non-muscle invasive (NMI) urothelial cancer (UC) of the bladder, including carcinoma-in-situ (CIS) and high-grade (HG), stage Ta and T1 disease after transurethral resection. This was the second time in three years that a shortage of BCG had occurred, the previous one occurring when Sanofi announced a shortage of Connaught strain BCG. Particularly with the Merck shortage, I became a de facto spokesman for the SUO, the American Urological Association (AUA) and the Bladder Cancer Advocacy Network (BCAN) on this matter, which greatly affected all urologists in the Americas and Europe (and more importantly, our patients with bladder cancer). I was in contact with representatives of the manufacturer (Merck) of Tice strain BCG, manufacturer (Sanofi) of the competing product – which had not yet gone back into production, the Food and Drug Administration (FDA) and of course, the SUO, BCAN and the AUA. During the shortage, the use of BCG, when one could obtain it, was primarily restricted to patients with CIS and HG NMI UCs – rather than for intermediate risk disease for which intravesical chemotherapy could be an “almost as good” substitute. Maintenance courses and repeat induction courses of BCG were curtailed, and urologists experimented with administering lower dosages of BCG (so that vials could be used on more than one patient). After six months the Tice strain BCG shortage eased but was still felt by some practices for several more months (four months after the shortage stopped in Rochester, NY nearly 30% of responding SUO members replied in a survey that they were still experiencing a shortage).

Merck’s explanation for the shortage was that they had one production facility which could not easily be expanded, that it took three months to grow a “batch” of BCG (given that it is a microorganism and not a molecule), and potential contamination with other microorganisms caused them to halt production. They tried to put shifts of workers on around the clock, but as they predicted, it took 6 to 12 months for them to ramp up production. This, of course, is not the only injectable generic drug for which shortages have occurred and indeed, in 2015, the University of Utah drug information service reported similar shortages of 265 drugs.

Of course, conspiracy theories and unintended consequences of well-meaning policies also may have played a role. For the former, a 1987 Medicare anti-kickback “safe harbor” exempted hospital group purchasing organizations (GPOs) from taking “kickbacks” from vendors. However, there were only 6 GPOs in the United States (US), resulting in a functional cartel. This reduced the rate manufacturers would be paid, which in turn reduced funds that manufacturers could use to maintain and improve production facilities and processes [1]. Additionally because manufacturers must give six months advance notice of possible drug shortages, distributors, large hospital groups, and pharmacies could buy up and hoard drugs which were likely to have production/supply problems. This could precipitate drug shortages where “gray” and black markets (unregulated vendors) could sell drugs at considerable mark ups [2, 3].

Furthermore, the 2003 Medicare Modernization Act limited the amount one could increase generic drug costs to 6% above the Medicare average sale price (ASP) which may not reimburse pharmacies sufficiently for costs of receiving, inspecting, storing and dispensing generic agents, or provide generic drug manufacturers enough of a profit to invest sufficiently in production facilities. The cost of drugs still on patent are allowed to increase by more than twice this amount [4].

Additionally, it’s unclear whether the FDA views drug shortages or high prices as their primary concern (drug safety and quality are) so it tends to increase regulatory production requirements and restricts entry of foreign drug products – including BCG – into the US market.

It was thus with concern that I received the November, 2016 notification from Sanofi that it would exit the BCG production business by 2017.

I was not the only one concerned; Davies and colleagues have written a “Perspective” on this topic [5], coming up with some suggestions that may reduce this problem for BCG and other injectable generic agents. These include the FDA rewarding companies that maintain a consistent level of drug production with good quality control measures by fast tracking future generic drug applications by the manufacturer, easing restrictions on foreign generic drugs entering the market for products prone to shortages, and by altering Medicare’s 6% above ASP pricing. Unfortunately given the current political climate in the US, particularly surrounding Health Care policy, whether any of these can be realized in the near future is questionable.

However as Davies, et al. noted, during the second BCG shortage the average wholesale price of its chief competitor for intravesical treatment of high risk NMI UC, mitomycin C, doubled to tripled, resulting in it exceeding the Medicare approved rate by a substantial amount. A consequence is that, at least in Rochester, NY, urology offices lose $200 + with each instillation of Mitomycin (and Medicare beneficiaries, even those willing and able to pay the difference in price, are not allowed to be charged that difference). Given that the vast majority of bladder cancer patients are over age 65 [6] and thus are Medicare recipients, mitomycin C has been prescribed less often to patients treated in the office recently.

While drug shortages and skyrocketing prices impact urologists and our patients considerably, of perhaps greater concern is that these generic drug shortages occur with many drugs that can have immediate life and death consequences. For example, the same week that Davies, et al’s article was published, Vail and coworkers, [7] reported in a retrospective cohort study of 26 US hospitals involving nearly 28,000 patients in septic shock, that during the US’s norepinephrine shortage in 2011, patients administered the most common alternative vasopressor, phenylephrine, experienced about a 10% higher mortality during hospitalization (from 35.9% to 39.6%, adjusted odds ratio 1.15 [95% CI 1.01–1.30] P = 0.03) compared with the periods before and after the shortage, and compared with hospitals not having problems obtaining norepinephrine.

Fast forward to 2017; we now have only one supplier of BCG and another shortage can occur. To help overcome this possibility, the Southwest Oncology Group (SWOG) is initiating a new study (S1602) which will not only test whether a subcutaneous inoculation of BCG prior to a course of intravesical BCG improves patients’ oncologic responses [8], but also whether a BCG strain not previously permitted in this country, the Tokyo strain, has comparable efficacy to Tice strain BCG. The FDA has approved this trial and will use its results as critical information for approving this strain for use in the US. Urologists with BCG-naïve high risk NMI UC patients should try to enter them on this trial. Our patients deserve it, so that future BCG shortages can be avoided. 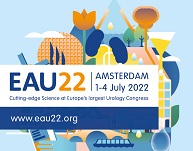