This is a healthy appearing 69 year old man who presented in March 2019 with gross hematuria. A cystoscopy and CT scan disclosed multifocal papillary bladder tumors and a filling defect in the left kidney. The bladder tumors were resected. The pathology was low grade (grade 2) Ta. The upper tract was evaluated with a retrograde uretropyelogram followed by ureteroscopy, cytology, and a small biopsy of an abnormal appearing area in the renal pelvis and lower pole collecting system. The initial small biopsy was non diagnostic. A subsequent ureteroscopy and biopsy confirmed high grade urothelial cancer. The patient underwent an uneventful left laparoscopic nephroureterectomy. The pathology indicated high grade urothelial carcinoma with microscopic lamina propria invasion, T1a.

The patient underwent cystoscopy and transurethral bladder tumor resection in June and September 2019. On each occasion the urologist found multifocal small and large bladder tumors. A single dose of mitomycin C was instilled into the bladder after each procedure. The pathology was high grade Ta. Following the second TUR BT the urologist explained to the patient that he should have a cystectomy due to the rapid growth of these tumors.

The patient did not see me for several months. The first delay was related to a painful cystic perirectal mass adjacent to the coccyx. This was removed in March 2020. It was benign. In April 2020 he had chest pain with shortness of breath and had a cardiac evaluation. The cardiac studies were normal. He had been having gross hematuria and his hemoglobin was 10. This was thought to be the etiology of the shortness of breath. Although the hematuria persisted he was afraid to go to the hospital because of concerns related to Covid 19. Of interest he kept the information about the hematuria from his wife who is a retired registered nurse.

In August 2020 he presented to the office. He was pale and his hemoglobin two days earlier was 8. He consented to go directly to the hospital where the hemoglobin was found to be 6 as a result of the persistent hematuria. His creatinine was 2.3. Imaging of the abdomen and pelvis revealed moderate right hydronephrosis (Figs. 1). There were multiple space occupying areas in the bladder (Figs. 2–3). There were no findings to suggest metastasis. Following blood transfusion he underwent cystoscopy. Surprisingly despite the months of gross hematuria there were few clots in the bladder. Thus he never went into clot retention. There were multiple large papillary bladder tumors which occupied much of the bladder surface (Figs. 4–7). It was not deemed possible to perform anything but a limited bipolar TUR BT and use the button to provide some hemostasis.

Imaging of the abdomen and pelvis. 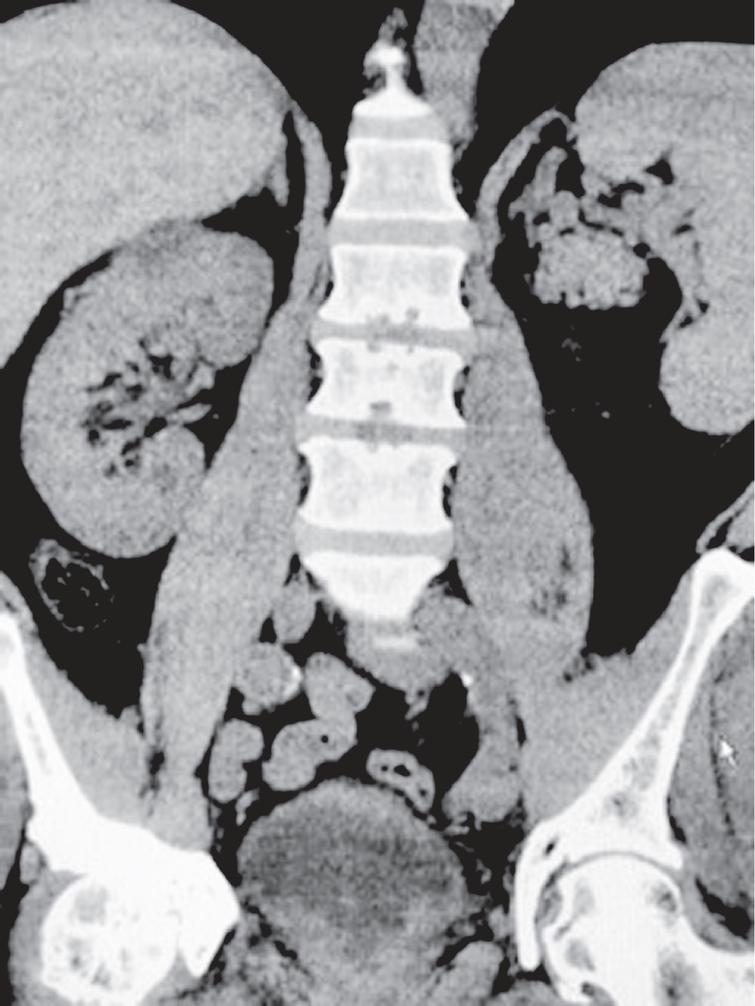 Images of the bladder with space occupying masses. 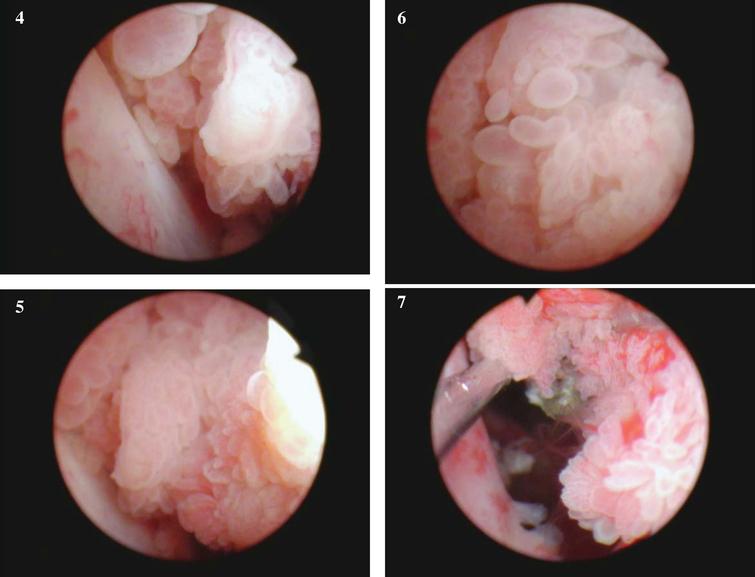 A few questions for the reader? Is there ever a scenario in which the urologist can consider a bladder preservation approach with a cystotomy to safely remove the papillary tumors if the urologist is convinced the tumors are all Ta yet the tumor volume is such that a TUR BT would not be possible? What are the alternatives if this patient refuses a cystectomy or an ostomy? If the patient agrees to a cystectomy what would you select for the urinary diversion? He has a right solitary kidney with moderate hydronephrosis and diminished renal function.

The patient underwent a cystoprostatectomy and ileal conduit (Figs. 8–9). Papillary tumor filled the bladder. The pathology was pT1, N0, margins negative. There was papillary urothelial carcinoma in the prostatic urethra, Ta. 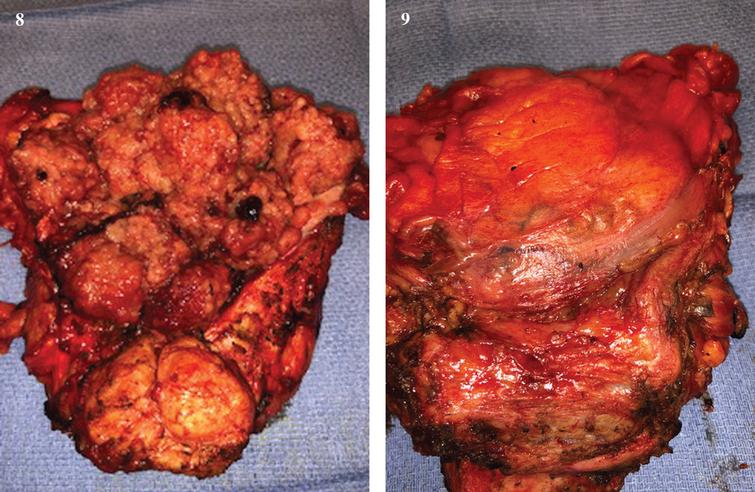