This is a healthy appearing 76 year old man who presented with mild gross hematuria that lasted for two days.

I performed a radical prostatectomy on him twelve years ago. His PSA has been 0 since. He is continent. A CT urogram was normal with the exception of a possible small filling defect on the left side of the bladder.

He is a former cigarette smoker with a 20 pack year history.

I performed a flexible cystoscopy and observed three papillary tumors. One was just superior to the left ureteral orifice, one was at the 12 o’clock bladder neck and the third was at the 6 o’clock position at the bladder neck. All appeared to be low grade and Ta.

The decision at the TUR BT was how to remove the entire tumor with minimal cautery artifact and, if possible, avoid injury to the left ureteral orifice. The choices would be 1. a standard TUR BT with a monopolar or bipolar loop electrode and resect the tumor and underlying lamina propria trying to use as low a setting of cauterty as feasible; 2. an en bloc TURBT using a laser or knife electrode; or 3. Removing the larger tumor with a cold cup forceps followed by cautery with the roller electrode. 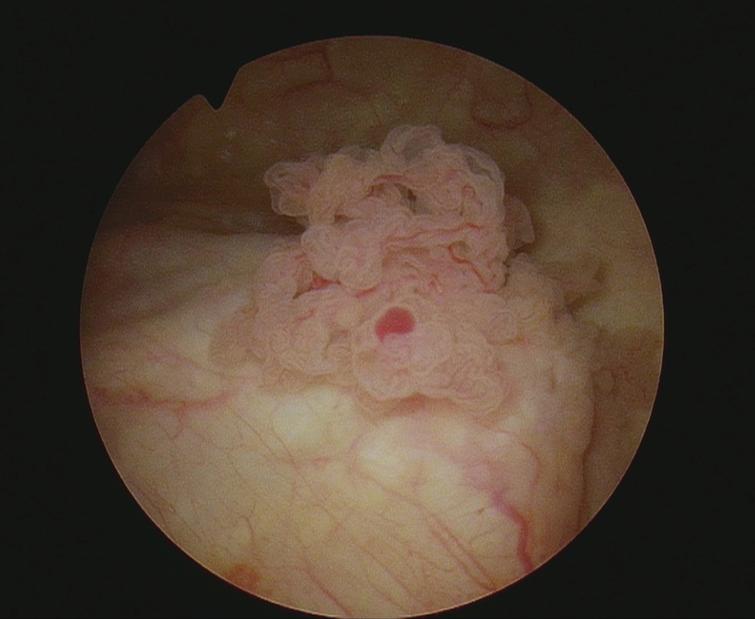 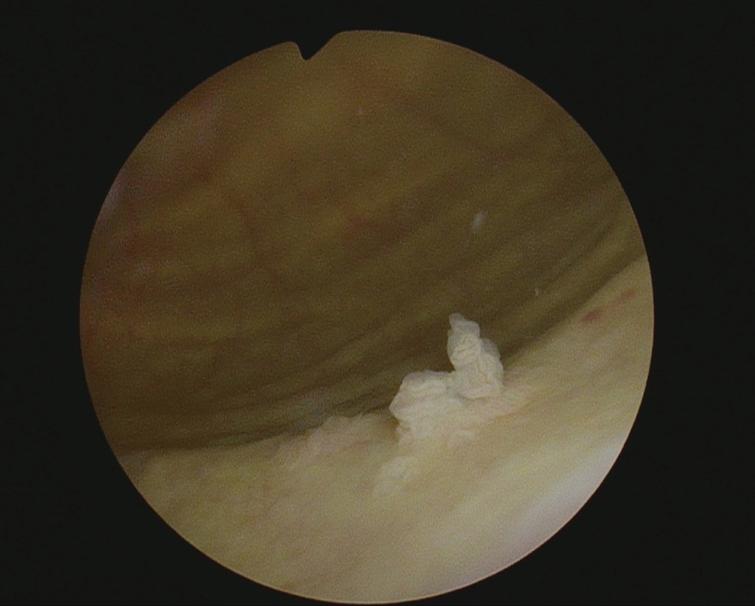 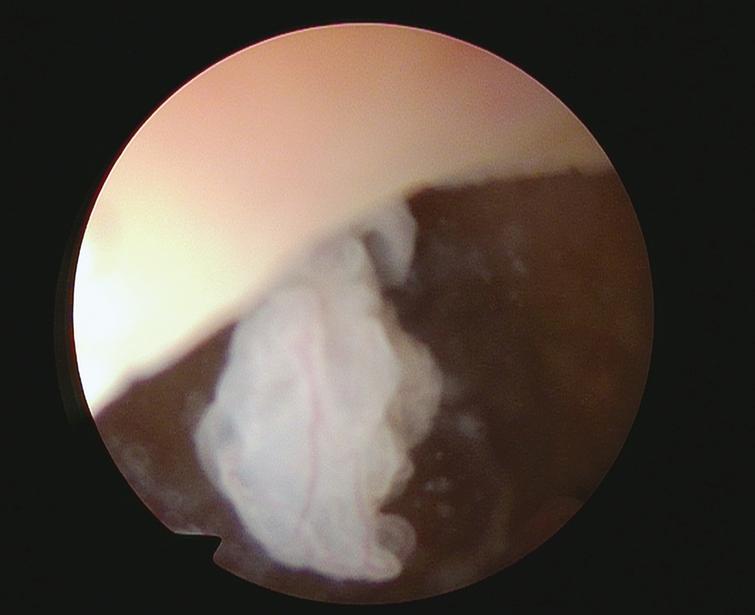 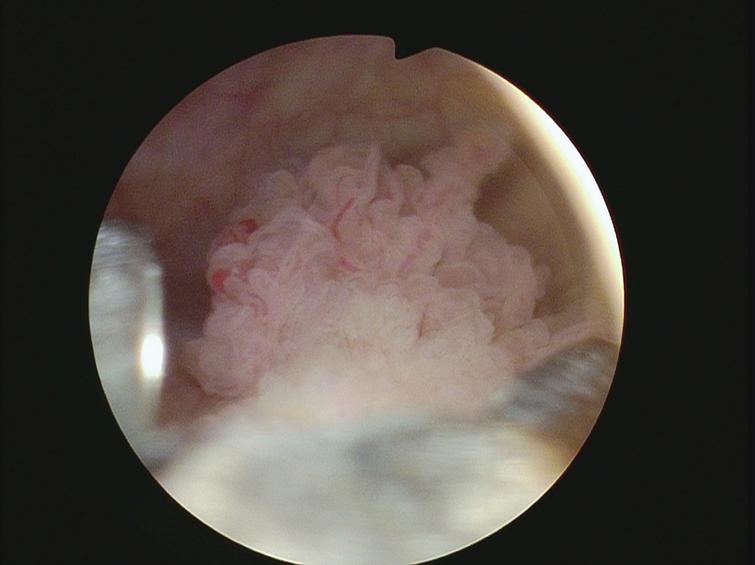 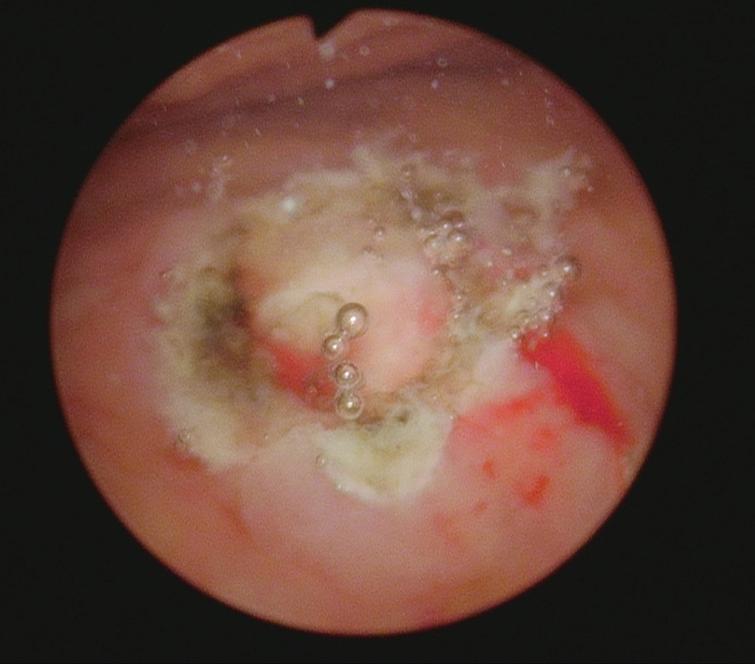 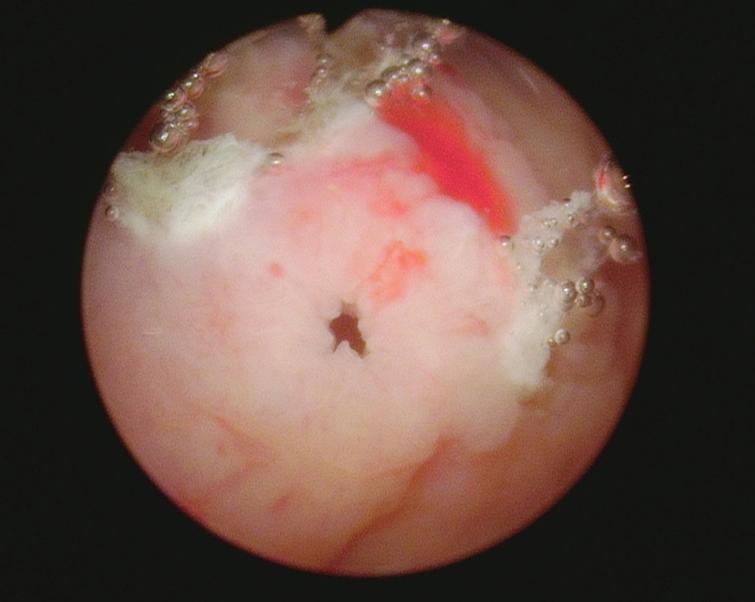 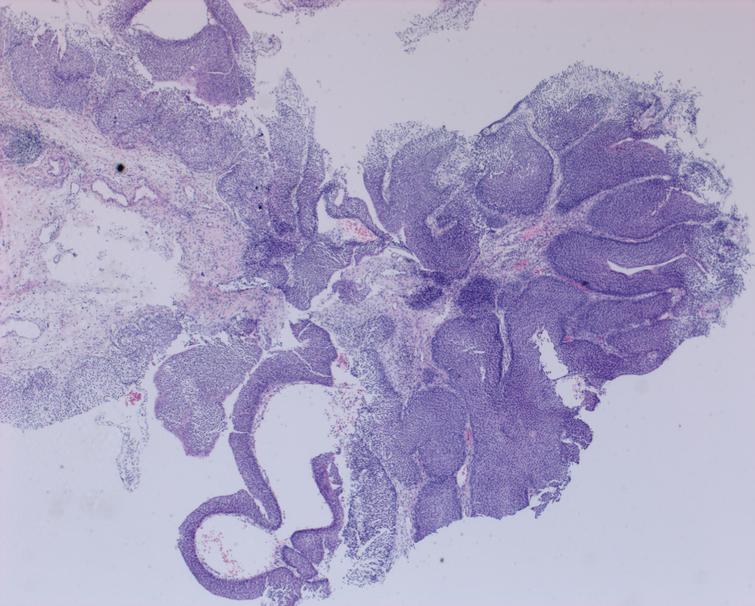 I elected the latter. I used a 24 Fr resectoscope sheath after initially assessing the post radical prostatectomy bladder neck to ensure there was not an anastomotic narrowing.

The pathology was a low grade urothelial cell carcinoma, pTa. Lamina propria was present and uninvolved.