This is a healthy appearing 77 year old man with bladder cancer. He presented in April 2016 with an episode of gross hematuria. He lives in Central America and was seen by a urologist there.

His past medical history is uneventful. He has adult onset type 2 diabetes and takes metformin. He was never a cigarette smoker. The only surgery he had was a right inguinal hernia repair. He is not overweight.

In April 2016 he had two papillary tumors which appeared to be Ta. He underwent a transurethral resection and the pathology was low grade Ta. His first surveillance cystoscopy was negative. In October 2016 he had four LG Ta tumors which were resected. This was followed by 6 weeks of intravesical chemotherapy using mitomycin C.

The patient was tumor free until August 2018 at which time he was found to have multifocal bladder cancer. A transurethral resection revealed high grade Ta urothelial cancer. There was also focal carcinoma in situ. Lamina propria and muscularis propria were present and were free of cancer. He received one dose of intravesical MMC postoperatively. He elected to have a consultation here in South Florida.

He presented with nocturia×4 and some daytime frequency. Prior to the recent TUR BT he had nocturia×2 and no daytime voiding complaints.

I saw the patient in September 2018. I reviewed the recent bladder tissue (Figs. 1–3) and proceeded with office flexible cystoscopy. The bladder had several areas of necrosis consistent with MMC effect on the previous resected urothelium (Figs. 4–5). In addition there were areas of persistent or new tumor which appeared to be high grade Ta (Fig. 6). 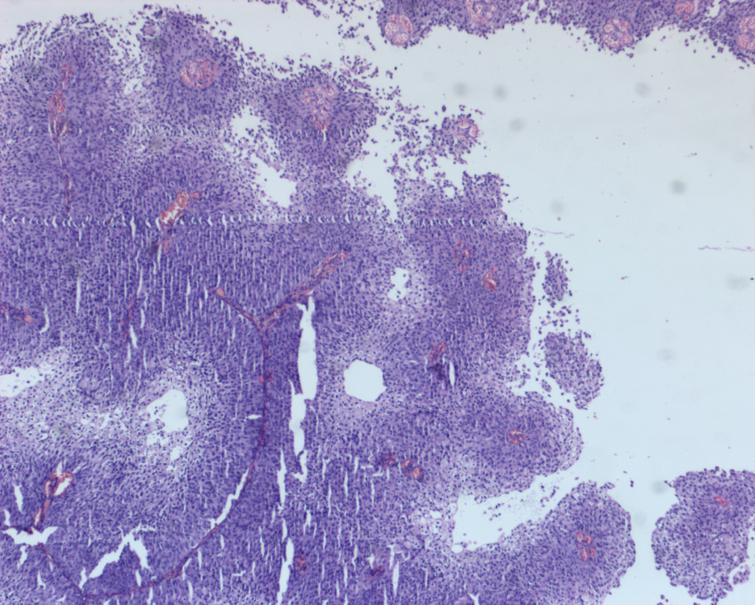 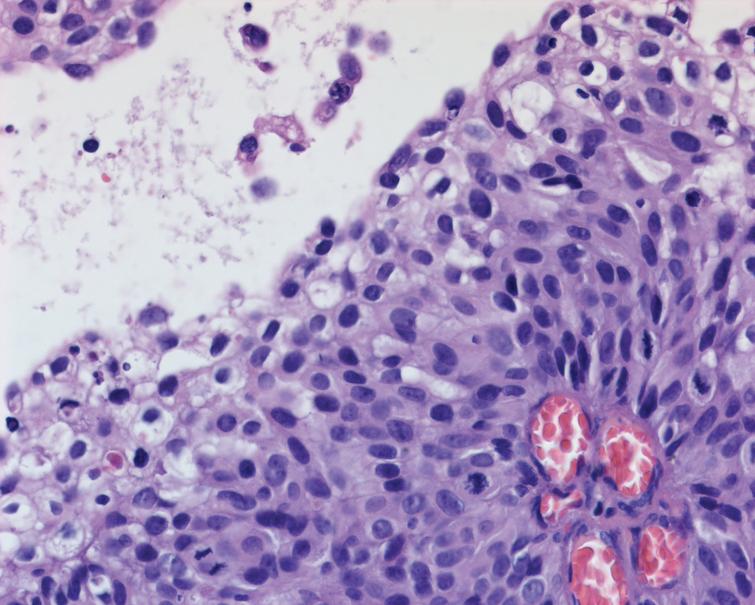 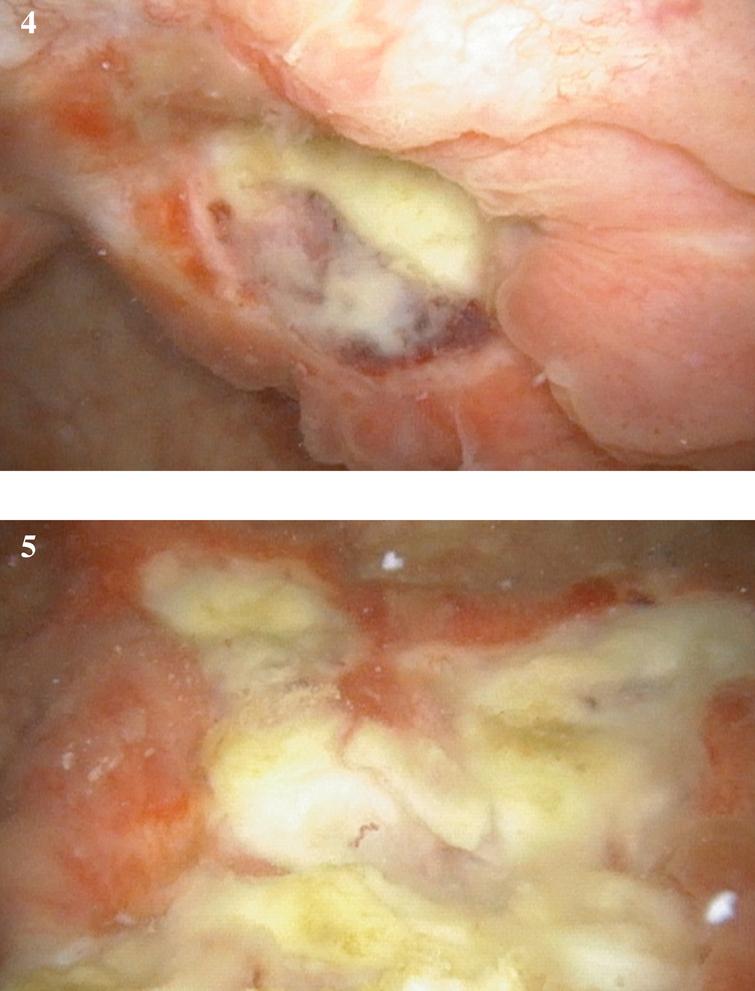 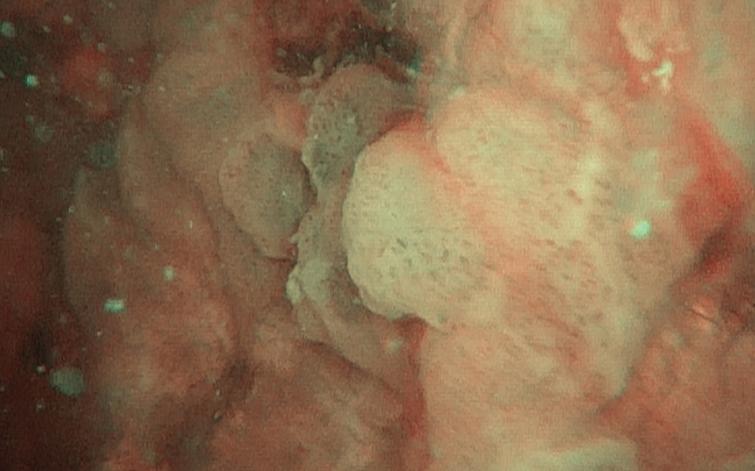 There are two quite different alternatives in my view. One might proceed with a TUR BT and remove all visible tumor. If the pathology is, as expected, high grade Ta with or without CIS one might proceed with a bladder preservation approach which would consist of a course of intravesical BCG. This might be reasonable as he has not had a bladder cancer which invaded the lamina propria or muscularis propria. Given his voiding symptoms there would be some question as to whether he could tolerate BCG.

Although it is unusual to consider a radical cystoprostatectomy for someone who has yet to have an invasive bladder cancer this man has an unusual course. Relatively few patients with initial LG Ta BC progress in grade and even fewer progress in stage, i.e. T1 or T2. Although this man has not progressed in stage the dramatic change in grade and extent of urothelial involvement has been striking. The extensive urothelial alteration by the MMC has led to bothersome voiding complaints and this is unlikely to relent while proceeding with another TUR BT and BCG.

This man has a negative CT scan and no evidence of other pathology.

What would you suggest? If you suggest a cystectomy would you favor an ileal conduit given his age or offer him a neobladder if he would prefer to avoid a stoma.

We invite our readers to review and comment on the case and management by using the online comment section below the case: https://www.bladdercancerjournal.com/challenging-cases